My sisters came running from upstairs yelling, “Rainbow! Rainbow!“. My brother and I excitedly rushed with them out of the front door searching for a rainbow but we found nothing. Actually our father just called to tell us about the rainbow. Thinking that we might get a better view from our bedroom windows, we climbed upstairs but again no rainbow can be seen.

Not willing to give up, we ran past the kitchen (where my mother was anxiously screaming with the fear of us getting burnt) and went straight outside. This time, we’ve been rewarded with not one but two rainbows! One of them is unusually bright that we momentarily gaped in awe.

Hunting for a camera, again we ran past mum since the kitchen is the only entrance to the backyard. Unable to find dad’s new camera (Olympus FE4030), I grabbed dad’s Sony handycam and made my way outside. The second rainbow had now vanished from sight but the first is still amazingly bright. I snapped quite a number of photos and a will show them in my later post

Later, we found out that dad’s Olympus camera was actually with him -click here to view dad’s photos using his Olympus-It was in fact a perfect semi-circle rainbow; like the ones we’ve seen at the Niagara Falls.

I quite like drawing and sometimes draw during my pastime. Here are some of the pictures that I drew… 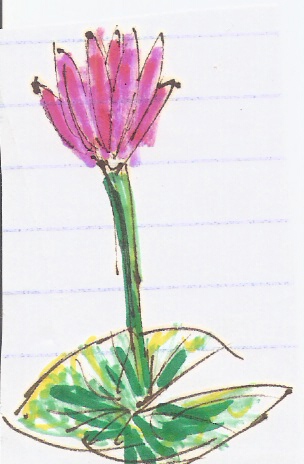 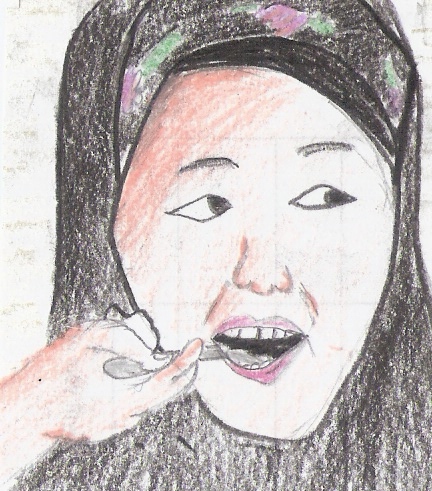 Ahmad Ali is my five years old little brother. He is a wonderful boy. He will be starting his own blog soon. He kept begging and begging my father everyday to start his own blog. As you might be wondering who he is, let me tell you a few things about him…

He can sing and understand The Alphabet song when he was two. He can also point the ABC’s while singing it. When he was three, he started to read and by the end of the year, he can already read simple texts such as a 1st Grade textbook. He started to write stories last year and they are getting better and better everyday.

He is not only good in writing but also in computers. He can set up a powerpoint presentation full of animations with a few different videos playing all at once when he was just three. When I saw him, I was stunned. Even I (at the time eleven years old) could not do what he is doing. My father thought that it was a coincidence but when he asked him to switch it off and start all over again, he can finish it quickly.

Two years ago when we went to USA, we visited one of my father’s friend in Ohio, Uncle Arif. When he saw Ali making a powerpoint presentation full with animations, he exclaimed, “He is a computer wizard!” And that is just who he is. By the way, speaking of Uncle Arif reminds me of Aunty Huda’s sushi. It was the tastiest in the world. I can still taste it and I wish I can have more. 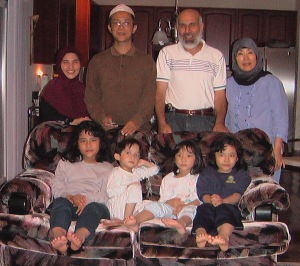